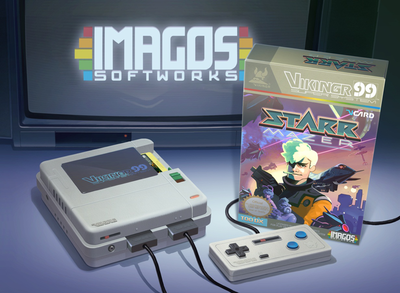 Imagos Software, a developer of Starr Mazer, has officially announced that AGM's PLAYISM is going to be the game publisher, during today's Starr Mazer TV Twitch stream. The episode had also featured PLAYISM's Content and Community managers for a short talk on the story behind the partnership. If you've missed it, head on to the developers Twitch account, where you can watch the whole episode!
https://www.twitch.tv/starrmazer/v/72824655

As for the game itself - it's a mash-up of a classical shoot-em-up and a point&click adventure games, with a futuristic setting. You will play as Brick M. Stonewood, a manly man mercenary pilot who will try to uncover the secrets of his own past!